skip to main | skip to sidebar

Loser... as in the biggest

Last March a fellow co-worker started a "Biggest Loser" competition at my office. There were 26 participants all who contributed a monetary amount and the 3 with the highest % of weight loss at the end of 90 days declared the biggest losers "winners". I had found myself in a predicament prior to this competition with having to go up aanother size in clothes and thought, "Yep, that's for me!"
So I signed up.
I exercised.
I dieted.
And I exercised some more.
I. Would. Win.
It sucked!
Then after the first couple of weeks, I started to see results. The ounces pounds started coming off. We weighed in each week and posted the % results, and I stayed up near the top. It was exciting and motivating.
But I was still determined I. Would. Win.
So I exercised some more, and sweat like a pig a LOT.
When the final days came, I pushed myself and worked my butt off (literally) until I could see my name in the #1 slot!!
It was hard. But I WON!!!!
I lost a total of 25 pounds!!!
It was a life changing time.
I have dropped 3 sizes and am still eating right (most of the time), and still trying to exercise as often as I can....
Unless my toes vote against me. :)

Ahhh, I've missed you fellow internets... sorry for being MIA, but it's been quite a whirl wind here. As you know, CG started school (still not diggin' that, but I am better) and most recently we have been traveling for the most exciting event!!

Over Labor Day Weekend, the family and I traveled here: 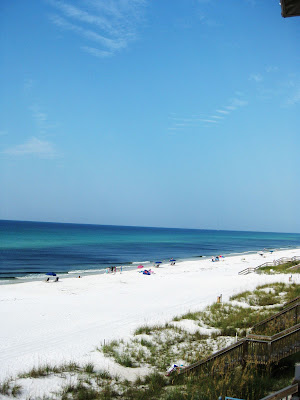 Destin, Florida
Where we got to spend time with her: 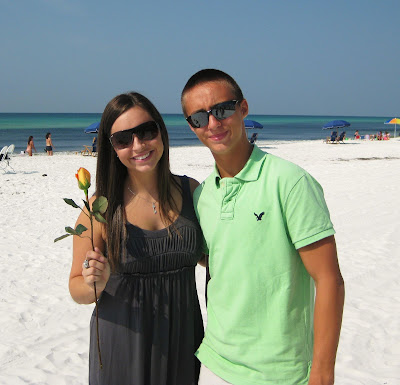 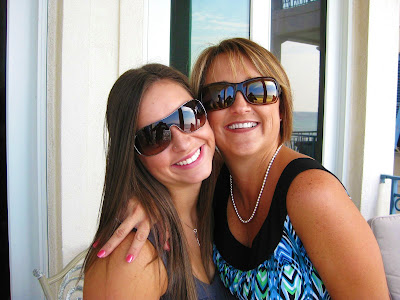 But most importantly, we got to witness this!!!! 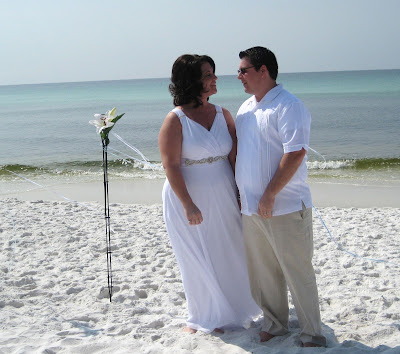 After 11 years together, my brother finally married the love of his life. Although she has been a part of the family for a long time, it was so awesome to see them finally "tie the knot." The wedding was beautiful, as was the bride. It was a super quick weekend, but what a great one it was.

It's official.....
Cheerleader Girl is all settled into her college dorm.
It was an adventure to say the least.
And it was hard. 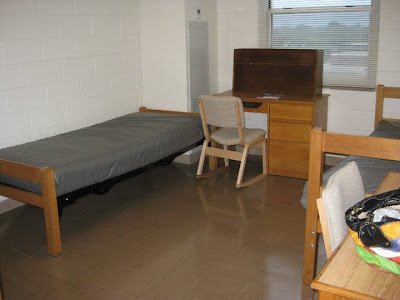 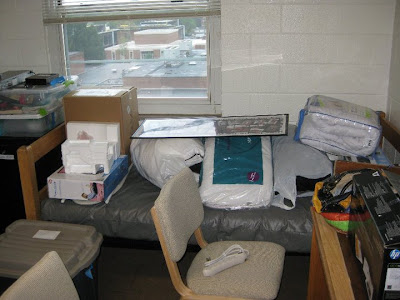 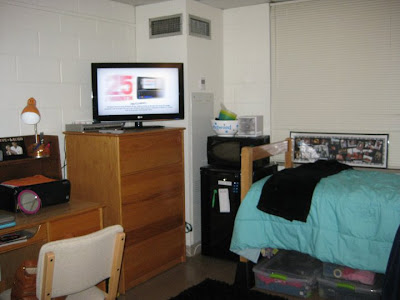 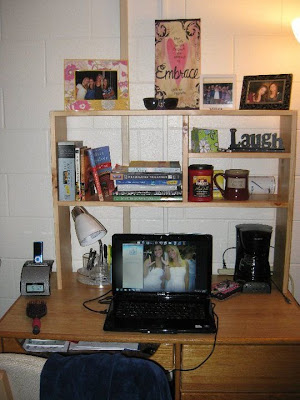 Gah! I'm sure gonna miss her!

Playing With The Moon 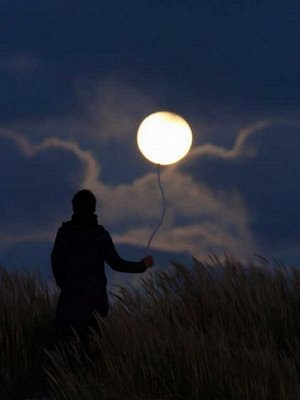 Photo source: unknown
May you always have work for your hands to do.
May your pockets hold always a coin or two.
May the sun shine bright on your windowpane.
May the rainbow be certain to follow each rain.
May the hand of a friend always be near you.
And may God fill your heart with gladness to cheer you.
- Irish Blessing 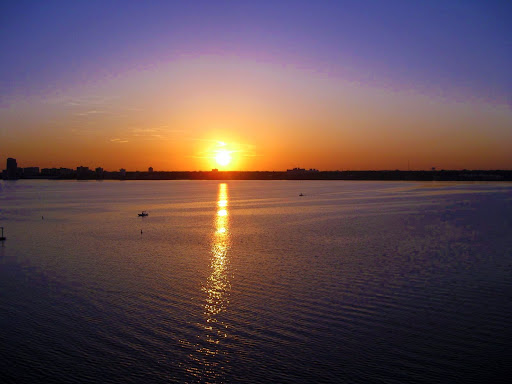 This picture was taken on our trip to Clearwater, FL last Spring. This is the view of the sunrise outside our hotel room overlooking Tampa Bay.

I love a quiet mornings.

When the world is still sleeping just before the chaotic day begins.

There is nothing better than a good cup of coffee with The Salesman and.....

And so it begins.. 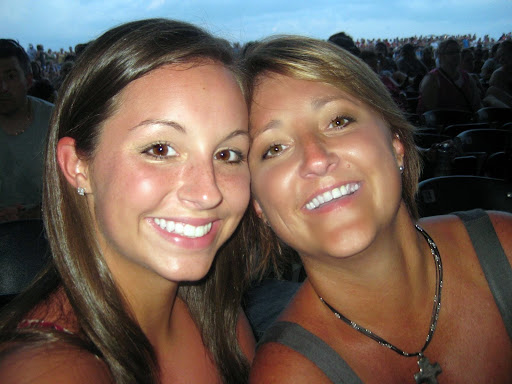 This is Cheerleader Girl. Many of you may already know her, or maybe you have heard me talk about her. She is the oldest of my two children, and is leaving for college in less than 2 weeks. I told a good friend of mine just recently that the ability to deny that fact is quickly becoming a thing of the past. We have packed up almost all of her stuff- and believe me, it’s enough to fill an 18 wheeler a lot, and she is ready to make the journey.

This process is bittersweet. I am so very excited to see her set out on her own and make her way in this world, but I am sad to know that my little girl is growing up. She has turned into a remarkable young woman and I know that she will make good decisions, along with a few bad ones. She will make mistakes, but I can only hope she will learn from them. Someone once told me, this was a natural progression, and as much as I believe that, it’s going to be hard. I am proud of her and look forward to watching her continue to grow as she pursues her dreams.

To Cheerleader girl… in the words of Rascal Flatts:
My wish for you,
Is that life becomes all that you want it to,
Your dreams stay big, and your worries stay small,
And you never need to carry more than you can hold.

I love you Cheerleader Girl! 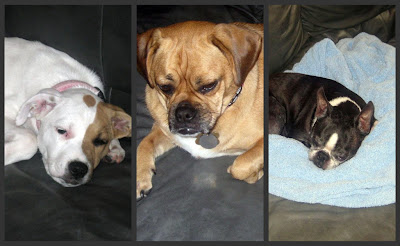 "Me thinx I needz a wittle nap now"

Any thoughts you would like to ramble on about. Forgive me if I have a hard time paying attention, I think I mentioned Adult ADD??

Wish I were here. 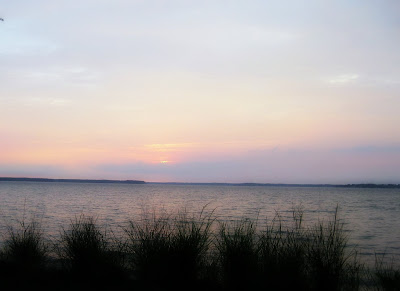 This a photo taken from Bud's Beach on the last day of Blogfest '10.

I was only able to attend the infamous Beach Day, and was very sorry I missed all of the Fun, Frivolity and Hijinx with the rest of my "Blisters" throughout the rest of the weekend.
But there is always next year!
Thanks CBW, BHE and NoeNoe!

Total Stranger at a concert to Woman in front of her constantly messing with the clasp on her bra strap because the tag of her dress kept getting caught on it and it continued to rub on the sunburn the woman got at the beach: "Um, next time you go out and you are pregnant, and it is hot like this, just don't wear a bra and you will be much more comfortable."

Woman now with her self esteem in the toilet to Total Stranger: "Ok thanks, but I'm not pregnant."

Total Stranger: "Oh, I'm sorry, you were holding your belly like you were."

Woman: "Nope, as a matter of fact, I have lost 24 pounds in the last 4 months, and the fact that you think I still look pregnant is quite disappointing.... but its whatever."

Woman thinking to herself as she holds back tears: "Really?!?!? Did that just happen?? WTH!!!"

Daughter of Woman: "Ima cause a scene cuz that was MESSED up! Who says that to someone!!!!! "

Yes this conversation happened. Yes that Woman was me. Yes my self esteem was in the toilet. But then there was Tim :)

Meet Tim- as in Tim McGraw.
A country music superstar with over 30 number one hits. 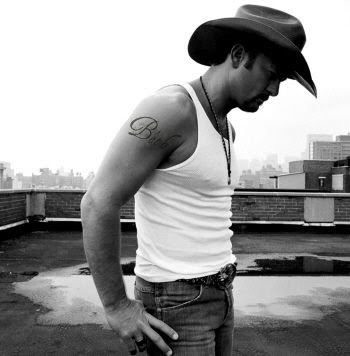 Cheerleader Girl and I are headed to the beach tomorrow to see him in concert. And let me just say...

The Newest Addition To Our Crazy World

As if we needed another mouth to feed..... 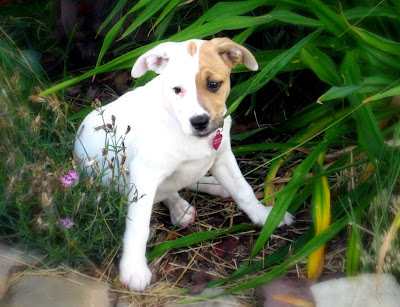 But how could you resist this little one?

She was a rescue puppy that we just had to bring home....... now if she would just learn where to potty and what NOT to chew on, all would be well again. 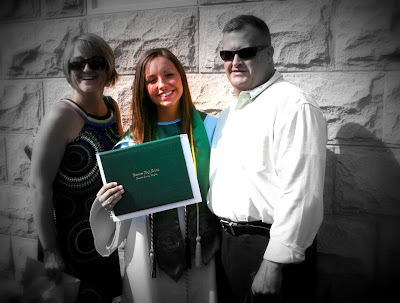 I can not begin to express how PROUD I am of her!

She is off to Longwood University soon and I will miss her terribly,

but I know that she will be successful in pursuing her dreams!

Today is Cheerleader Girl's last day of high school..... She will make her way into the world, starting at Longwood University in the fall..... Where did the time go?? 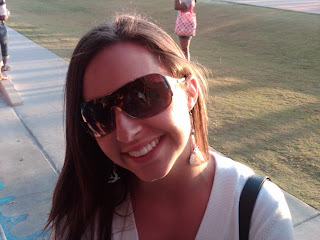 I have been in close contact with Momx2 and she would like for me to pass on that she has been real busy as of late. She is sincerely sorry that she has neglected you and her visits to your blogs have been sporadic at best.

She has been attending wrestling tournaments to watch Bud wrestle. He has not been a friendly one to be around as cutting weight makes him VERY grumpy. That makes Momx2 grumpy and she finds it better not to share her attitude with the internets, even though she totally knows they would all forgive her (right?) She is however, very proud of Bud and glad to see he is doing well this year.

She has also been helping Cheerleader Girl try (keyword) make a decision where college is concerned, which has also made her grumpy. Her friends have told her leaving for college is a natural progression. Although you will miss them when they are gone, by the time that day comes around you will be DAMN ready for them to go. She does want Cheerleader to know however, in the event she might be reading this, that she still loves her and will support her in whatever decision she makes.

I also think I overheard her talking with The Salesman concerning a few not so great things going on with someone they have been close to for a long time and that person's daughter. I'm pretty sure they think that they have made some good decisions, and if she could, she would love to share the story, but not yet, not now. She is sort of in a funk and doesn't feel like writing about it, but says that it sucks when you try to do the right thing only to have it thrown back in your face. She stands by her convictions though and I have faith she will get over it. Eventually.

Apparently there is some big football game coming up? The Superbowl maybe? So it is very possible she is starting to make plans for some gathering she might be having at her house. But I don't know. She is kind of a procrastinator so..... who knows. ; )

She did tell me that she was able to get ALL THREE laundry baskets empty. Of course I am sure that was short lived. She does have two children afterall, as well as a husband, who after being out of town for TEN days will most likely fill them up in the next couple days. But as of yesterday she could still see the bottom. She is so proud!

As soon as she is available, I will be sure to let her know you are looking for her (you are right? she needs reassurance), and I have no doubt she will be back... soon.

Thank you for your time and understanding,

Cheerleader Girl has been accepted to all 3 of the colleges she applied to, and all early acceptance.

This and That Thursday